When SaaS companies talk about customer acquisition they often focus on the more glamorous paid acquisition channels like Google and Facebook.

Email outreach tends to play second fiddle in such discussions. In reality it often comprises the lion’s share of an organisation’s customer conversions. But because it’s not as sexy as Facebook or Google ads, it gets less airtime.

Regardless of the level of automation you’re using in email outreach it still requires grunt work to be successful. It’s this grunt work that puts a lot of people off – they’d rather run a “set and forget” ad. But if a sustained and concerted effort is made with cold email outreach, the rewards will most likely be superior to other acquisition channels. 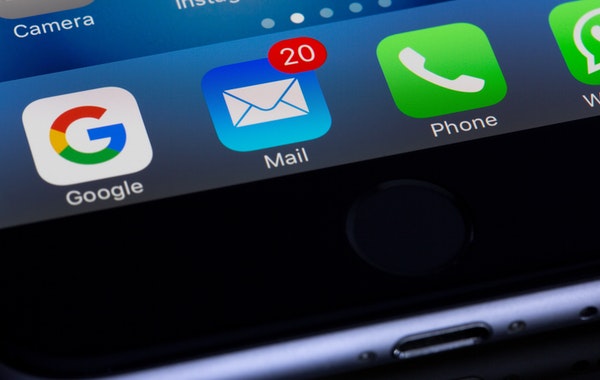 Here at Contentellect we’ve been doing cold email outreach from day dot, and since then it’s unequivocally been our most lucrative acquisition channel.

56% of our customers were landed from cold email vs just 10% from Facebook.

Our monthly spend of both these channels is the same. We’d spend more on email outreach but we’re obviously constrained by limitations manifesting from the harmony between daily send limits, spam filters, and domain reputation.

Our conversion rate is 0.4%. For every 250 prospects we email, one of them becomes a customer. This is in line with industry averages.

We use Hunter to get the email addresses and Gmass for the outreach itself. Gmass is a handy little tool which seamlessly integrates with Gmail which is one of the reasons we chose it. Enough about us. How do other SaaS companies win at email outreach.

SEO software API tool, DataforSEO use SalesHandy for email outreach. According to their founder, Nick Chernets, “It’s a very intuitive software that helps us avoid the promotions tab or even the spam folder. We can integrate it with Gmail and customize each campaign.”

Their current conversion rate is 0.86%. Nick also says he’s a fan of UX of SalesHandy and all of the available features.

“It’s easy to automate email responses and track virtually every email that we send. Plus, we rely on Gmail a lot and it’s very important that the outreach tool can be easily integrated.” 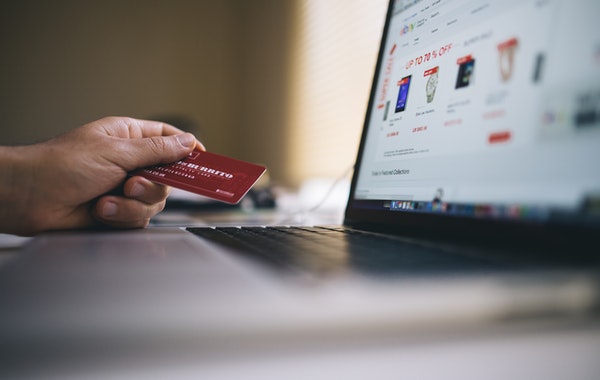 They prefer sending messages through Gmail which is why they chose a software that can be integrated with it. It’s easy to make unique templates based on the nature of your campaign. So far, their conversion rate has been fluctuating between 0.6% and 0.7%.

One thing that can be considered both an advantage and a disadvantage is the simplicity of the tool since. Some of its competitors offer many more features that could help customize campaigns even more and thereby increase the conversion rate. 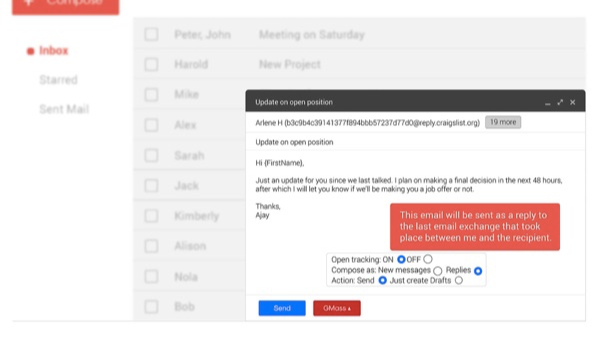 The marketing team over at Regpacks use Gmass for prospecting as well as LinkedIn for research.

Their conversion rate is pretty low. They close roughly 5 deals per year from hundreds of interactions. However, Samantha states that the cost of prospecting is pretty low versus PPC and other higher priced marketing campaigns so it’s worth it.

According to their head of marketing, Samantha Avneri:

“Gmass makes things really great for us, as we’re already using Google Sheets as part of our internal workflow, and our system makes it easy to run a report to grab names, email addresses, and other personal information that we can then use in a campaign that sends automated follow-ups and is personalized to increase conversion”.

Email outreach often gets overlooked by SaaS companies just starting out. We think it’s because it’s just not talked about enough. Most founders immerse themselves in more marketing than sales content which naturally leads them to invest their first marketing dollars in advertising.

On the marketing front you’ll need to be able to write great email copy and craft replies which keep the prospect interested. On the sales side you’ll need to have the hunter mentality to continually chase down prospects to the point of them either becoming a customer or telling you they’re not interested. It’s as simple as that.